"All the feedback from our end users about Etrieve Content has been extremely positive. We keep hearing how intuitive it is to use, and that it is much more user-friendly than our previous content system. Our end users are very happy!" 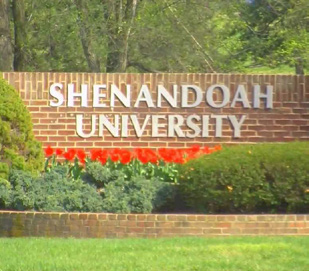 They had become severely limited by their content management system, due to a restrictive pricing structure that created an annual cap on e-forms submissions. As a result, students and staff were growing frustrated with their inability to easily submit, monitor or even access their information.

Kevin Grant, system application support specialist at Shenandoah summarized, “Our approach to e-forms and document management was proving to be no longer viable. We needed something modern.”

In assessing alternate e-forms solutions that would better cater to the needs of their institution, Grant identified several characteristics that established Etrieve by Softdocs as the University’s e-forms solution of choice.

“From the beginning, it was clear that Etrieve would be able to integrate well with our other technologies, including the document management platform we had already purchased and were still using.”

The University was also excited about introducing a solution with a mobile-first design that could extend anytime information access to students and staff, while making workflows highly visible through in-depth user tracking features. Migrating to a new e-forms solution would finally allow the University to extend the full benefit of electronic forms and workflows to every department, staff member and student.

“The end-user tracking was key. With our previous e-forms solution, I had to manually build in tracking and even then, it was a best guess. Now they are always able to find what they need right away!”

Building on the success of their deployment in admissions, the University quickly expanded Etrieve to the registrar’s office, advancement, accounts payable, institutional computing and Hornet Central—Shenandoah University’s student center for registration and financial aid needs.

Supported by weekly calls with Softdocs’ professional services team, Grant was able to ensure that implementation at the University progressed smoothly and on schedule.

“The ramp up was much quicker and easier than we expected,” Grant said. “The Softdocs team was especially helpful whenever I needed to overcome a hurdle … but there just really weren’t that many hurdles.”

Through robust integrations between Ellucian Colleague®, Etrieve and other admin systems, the University was taking significant steps toward standardizing data collection, management and distribution processes across campus. In fact, they created and implemented almost 50 Etrieve e-forms within the first 18 months alone.

However, the University was still maintaining ImageNow, for content management, and were growing increasingly frustrated with its Java requirements. They recognized an opportunity to improve upon their overall content management strategy.

“We had to decide whether we wanted to upgrade our document management system to a new, non-Java dependent version of our current system or embrace Etrieve Content, which would also allow us to transition to ECM in the cloud,” said JoAnne Bodine, lead application programmer analyst.

Their decision to deploy cloud-based Etrieve Content, released Shenandoah’s information technology department from having to host and maintain an ECM solution, and enhanced the handoff between electronic forms, workflow and the institution’s back-end document storage system. They also gained a content management interface that end users found much easier and freed up resources typically expended on time-intensive nightly OS updates.

Due to its high volume of content, Shenandoah chose to implement Etrieve Content in the Office of Admissions first, supported by Softdocs’ professional services team. Following the success of this deployment, the University chose to expand their Etrieve Content adoption by self implementing in other departments.

Tamara Lapp, software workflow documentation analyst at Shenandoah, explained, “Following Discovery and Training, our team really understood how to efficiently expand our deployment to additional departments. We learned exactly what we needed to do to get all of our departments using Etrieve Content, while Softdocs focused on migrating documents.”

With many departments at Shenandoah University now live with the entire Etrieve platform, end users are buying-in and recognizing how new features can be utilized to improve their day-to-day.

“It took our users less than a day to fully understand how things can be done through Etrieve Content. From creating bookmarks for searches to itemizing items specifically for their needs, our users are embracing every benefit, while saying only great things about the ease of use,” Bodine said.

"Etrieve Content works better for our users, and they know it."

Carson-Newman University is a Christian liberal arts university that was founded in 1851. Currently offering a wide range of undergraduate and graduate programs, C-N has around 2,500 students enrolled from throughout the United States and around the world.

Central Carolina Community College was officially weighed down with paper. The boxes of documentation, file cabinets and offices dedicated to holding all of it became too much. As the college grew, finding a single document in the masses was next to impossible. The school was investigating a couple problem areas...

The timing of Central Carolina Community College's Etrieve migration proved impeccable, as their need for automated processes became absolutely vital with higher education’s need to shift to remote learning and a mobile workforce during the pandemic.

Colorado Christian University has always featured both a traditional student body and an even larger online population, leading to an imperative to move away from cumbersome paper forms and slow, manual processes. Read more about how Etrieve assisted them in speeding up their processes.

Colorado Mesa University uses "Funky Techs" or functional technicians to propel their progress in using Etrieve Forms and workflows in conjunction with BDM.

Columbia International University was struggling to keep pace with student and faculty needs, due to dependence on paper-based forms and processes. Since moving to Etrieve they have already greatly improved the speed of processes with the Registrar and Admissions offices and are looking to expand their efforts.

Learn about Davidson County Community College's ECM journey from initial implementation to Etrieve migration, while reviewing the various departments and processes where ECM is improving the experience of staff and students.

Fayetteville Technical Community College chose to migrate to Etrieve and integrate ECM with Ellucian Colleague, their ERP. This integration allowed FTCC to enhance the functionality provided by Colleague and improve the speed of student service institution-wide.

Fresno Pacific University believes in “connecting every student’s untapped potential with unlimited opportunity”. Toward that end, they began an initiative to end their paper-based processes by moving to Etrieve, an integrated eForm, automated workflow, and digital document management solution. Along the way, they...

A road — a perfect analogy. One that started as a trail, and is leading to a freeway. That describes Frostburg State University’s (FSU) travel plan for a successful roll-out of digital document management, electronic forms, and automated workflows.

END_OF_DOCUMENT_TOKEN_TO_BE_REPLACED

Get a personalized demo today

Softdocs can help you reimagine your office-space. A new, paperless office with simpler, streamlined business processes.